Silver for Sarah at BC Championships

Sarah Inglis got her cross country season in Canada off to a good start with an excellent second place finish in the British Columbia Cross Country Championships in Abbotsford. 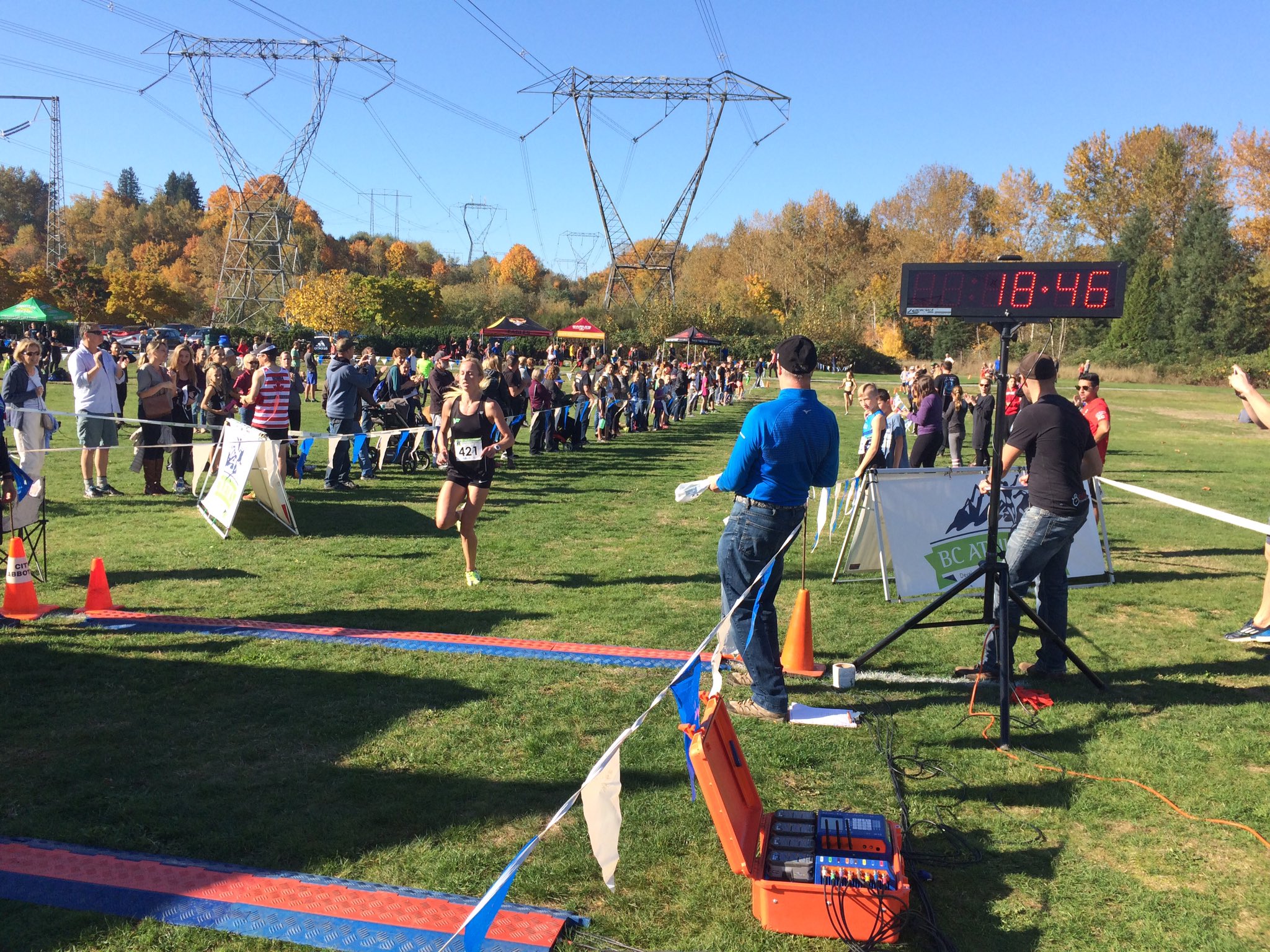 Inglis who has enjoyed a successful spell on the roads recently crossed the finish line 8 seconds behind Olympian and Canadian 10,000 metres record holder Natasha Wodak, six seconds behind in third place was Rachel Cliff who competed for Canada in the 10,000 metres at the World Athletic Championships in London earlier this year. Sarah’s time of 18m 39s over the 6k course was almost 2 minutes quicker than when she won the BC championship at Abbotsford in 2014 in 20.36. She then went on to defend the title in Nanaimo  in 2015.

Aug
3
Tue
7:00 pm Fiddlers Handicap – Cancelled
Fiddlers Handicap – Cancelled
Aug 3 @ 7:00 pm – 8:00 pm
Fiddlers is currently suspended due to COVID restrictions.  We hope to resume next month. On the first Tuesday of every month, regular training is replaced by the Fiddlers Handicap, starting near St Margaret’s Academy (actual...
7:15 pm Junior Training Session
Junior Training Session
Aug 3 @ 7:15 pm – 8:30 pm
Welcome to Craigswood –  I appreciate its a little late on a school night but it’s a more secure and appropriate venue than using a shared public space . Enter by gate in Front...
Aug
5
Thu
6:45 pm Thu Social Isolation Session
Thu Social Isolation Session
Aug 5 @ 6:45 pm – 7:00 pm
Club Training Sessions may be put on hold for the moment, but that’s no excuse to skip training.  We will continue to post virtual session on a Tuesday and Thursday so that people have...
View Calendar